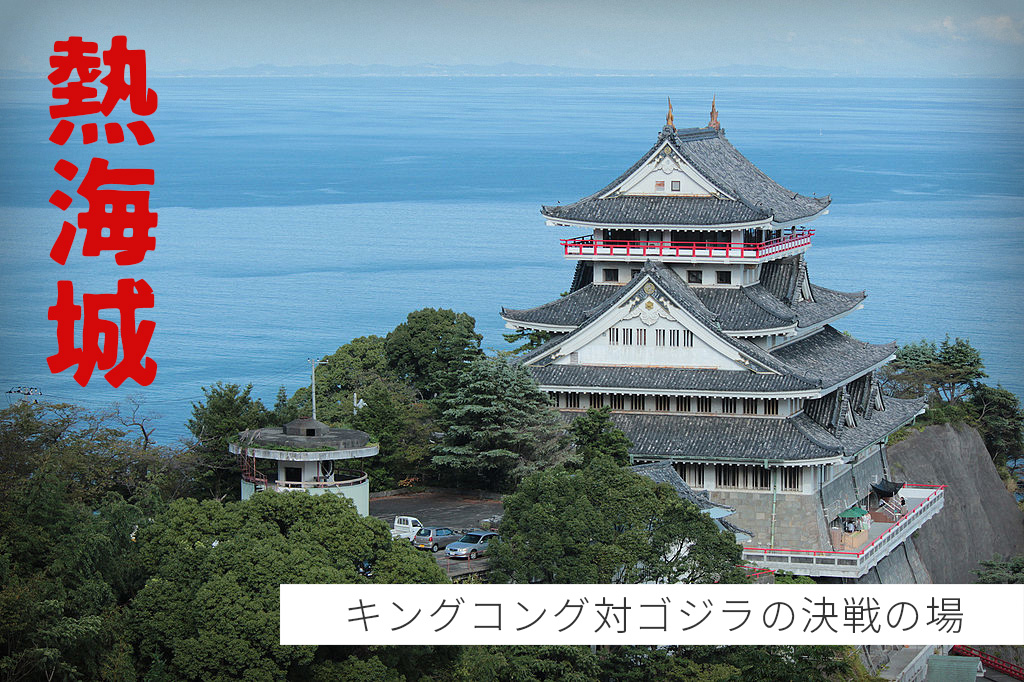 About the Atami KAIJU Film Festival

Atami is one of the leading resort areas in Japan. Also historic town by the sea with hot springs and is loved by the shogun.

And popular as area of holiday homes because it is only a 40-minute Shinkansen(bullet train) ride from Tokyo.

On weekends, people from young to old come from Tokyo to spend their holidays there.

The Atami KAIJU Film Festival was born out of discussion about monster movies at a bar in Atami, when Kazunori Ito, known for his work on the anime “Ghost in the Shell”, the game “.hack”, and the scriptwriter for the monster movie “Gamera: Guardian of the Universe”

Atami was the setting for the climactic scene in ”King Kong vs. Godzilla(1962)” as well as “GAPPA-TRIPHIBIAN MONSTER (1967)”.

This place was the setting for many Kaiju movies and tokusatsu programs, and was called the “Kaiju city”. There are no movie theaters now, but it used to be a “movie city” with seven theaters.

The “Atami Kaiju Film Festival” was started by a group of local volunteers. The slogan is “Make Atami a sacred place for Kaiju”.

The first event was held in 2018. Only film screened was “Gamera 2 : Attack of the Legion” (scripted by Kazunori Ito), which Ito wrote in Atami.

In 2019, the film festival became a general incorporated association and held its second film festival. It was held for three days and the number of films screened increased to 11.

The lineup includes the staff’s long-awaited “King Kong vs. Godzilla,” an episode of “Ultraman” set in Atami, and a new film by a young Kaiju movie creator.

Guests included Shinji Higuchi, director of “Shin Godzilla” and “Shin Ultraman,” Kiyotaka Taguchi, director of the latest in the Ultraman series, “Ultraman Z,” and other leading Japanese creators. Legendary Kaiju suit maker Keizo Murase, who has been involved for many Godzilla films and tokusatsu films such as “The Mighty Peking Man,” also came to Atami. (Murase also made the suit of Titanosaurus that appeared in Terror of Mechagodzilla).

In addition to the screening of the film, a concert of “GODZILLA LEGEND” produced by Makoto Inoue, who also performed in New York, was held at the Atami Geisha hall.

Currently, the Atami Monster Film Festival only screens Kaiju movies from within Japan. The representative of the festival said that we would like to expand the lineup to attract attention from outside Japan in the future.

A lot of people in the world don’t know that Atami is one of the leading resort areas in Japan with beautiful ocean, plenty of hot springs as the place loved by SHOGUN. A lot of Japanese novelists and creators loved here, and are they use Atami as a good location for TV programs and movies.

Atami’s goal is to become Japanese version of Hollywood and Cannes. Please look forward to the Atami Kaiju Film Festival, a film festival specializing in Kaiju films, which has never been held before.